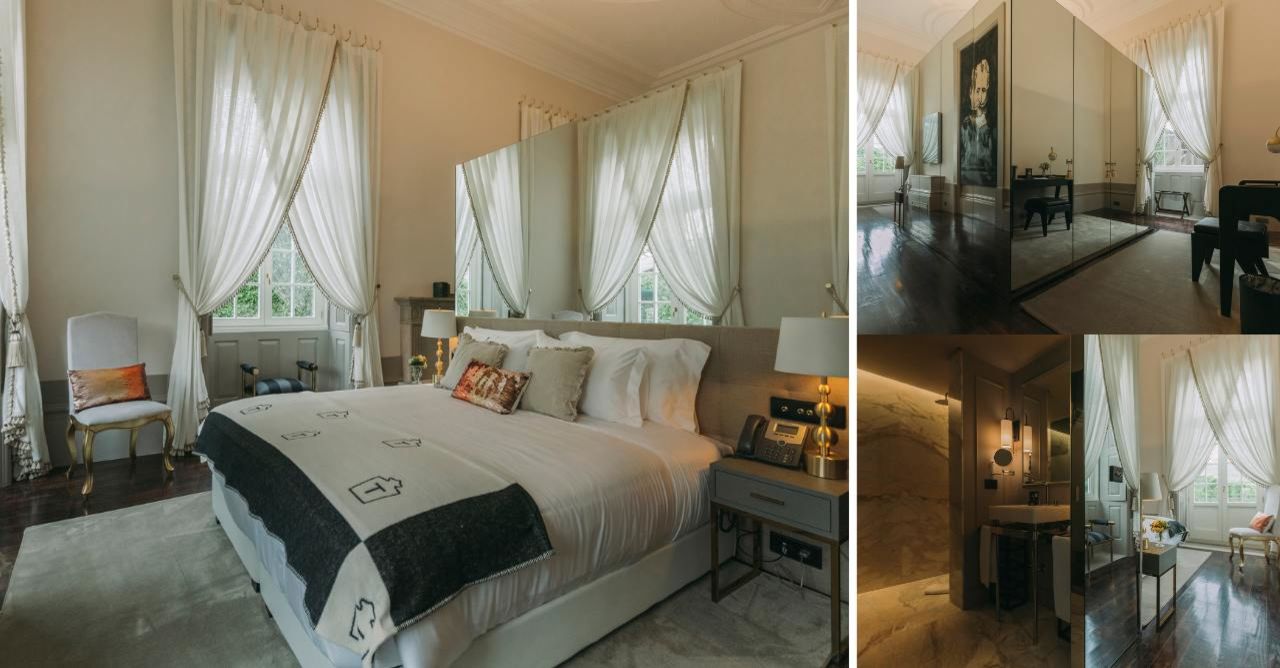 In our Torel Palace Porto, a luxury hotel in the center of Porto, we pay tribute to Antero de Quental in one of our Suite Junior hotel rooms, with a double/twin bed, balcony, and pool view.

The suite, on the second floor, was decorated by designer Isabel de Sá Nogueira, who chose light and minimalist colors. In turn, Jorve Curval signs the author's painting.

The mirrored cube, which is based in the middle of the suite, gives it luminosity and grandeur.

Antero Tarquínio de Quental was a Portuguese writer and poet of the 19th century. He devoted himself to poetry, philosophy, and politics throughout his life.

A law student, Antero strongly defended freedom of thought and social justice. Traveled through Portugal, France, Canada, and the United States of America.

The writer was a friend of Eça de Queiroz and Oliveira Martins, and the beginning of his literary life was influenced in part by Alexandre Herculano.

In September 1881, for health reasons, he went to live in Vila do Conde, where he stayed for ten years. This period was considered by the poet as the best of his life. Due to his stay, the "Anterian Studies Center" was founded in this city, in 1995.

Antero suffered from bipolar disorder, which led him to commit suicide by shooting himself in the head at the age of 49, in his hometown, next to the Convent of Nossa Senhora da Esperança. He left behind his autobiographical letter, sent in May of that year: “I will die, after a morally agitated and painful life, in the placidity of thoughts so close to the most intimate aspirations of the human soul and, as the ancients said, in the peace of Lord - I hope so”.

“It is necessary to pass over ruins / Like someone walking on a floor of flowers!” - Sonetos de Antero, Antero de Quental.