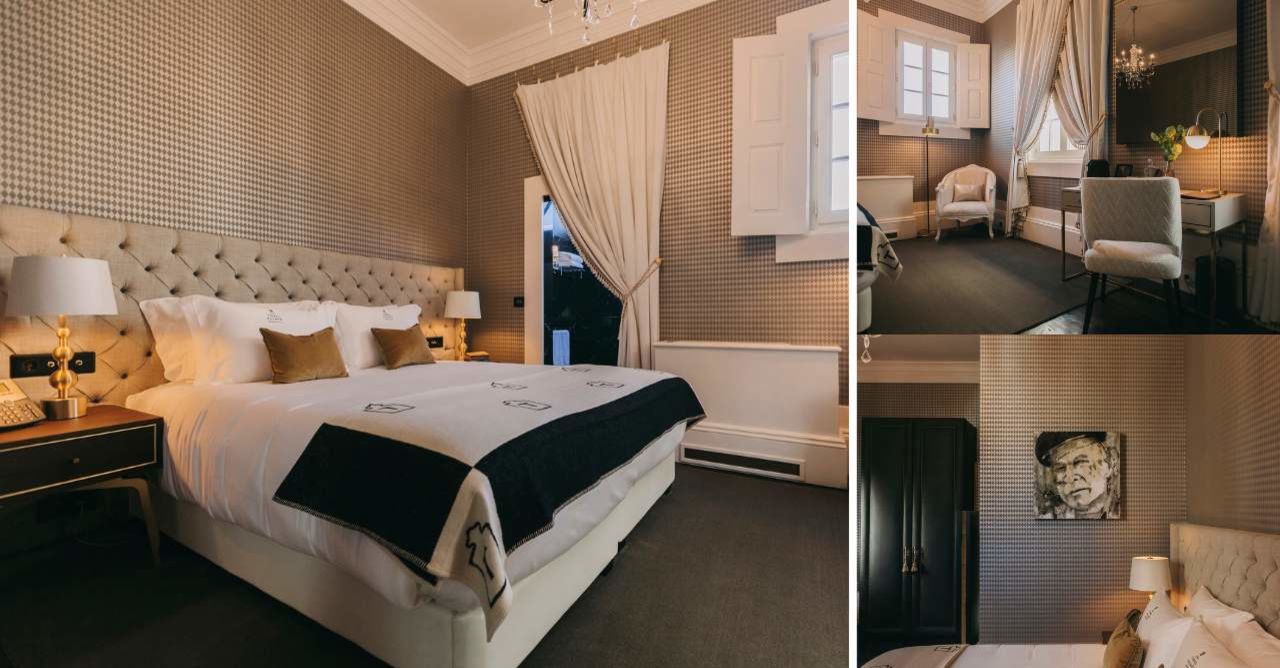 We tribute Eugenie de Andrade with one of our Classic hotel rooms, with a double bed, in our Torel Palace Porto, a boutique hotel in the center of Porto.

On the top floor, the room decor inspired by this writer was executed by the designer Isabel Sá Nogueira, and the painting with her portrait was created by Jorge Curval.

The bathroom ceiling is uncovered, letting in the light while you enjoy a relaxing bath.

Eugénio de Andrade, pseudonym of José Fontinhas, was a Portuguese poet, considered one of the most important writers of the 20th century and the most famous poet by critics.

Along with Fernando Pessoa, who was perhaps his main inspiration, he is one of the most translated Portuguese poets.

Eugénio received eleven national and international literary prizes, including the Camões Prize, the most important in the Portuguese language. One of his works was considered by José Saramago as a “poetry of the body that arrives through continuous purification”.

"My eyes left with yours." - Words, Eugénio de Andrade.