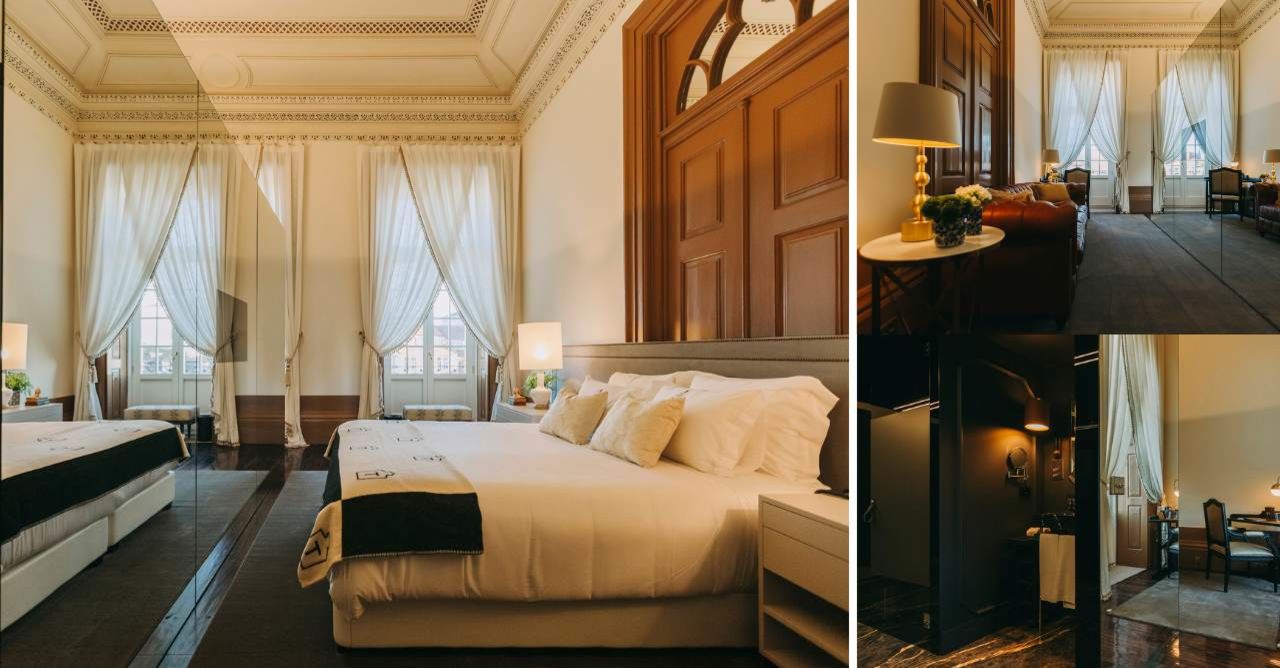 In our Torel Palace Porto, a boutique hotel in the center of Porto, we pay tribute to Guerra Junqueiro in one of our Suite Superior hotel rooms, with balcony and pool view.

The suite, adorned by designer Isabel Sá Nogueira, stays on the third and penultimate floor of the palace, and is one of the most spacious rooms in our palace.

One of the particularities of this Suite is the giant cube, fixed in the center of the room. It is in this cube, entirely lined with a mirror, that the bathroom, decorated in marble, is based.

Abílio Manuel Guerra Junqueiro was an administrative employee, politician, deputy, journalist, and Portuguese poet. He was considered the “Portuguese Victor Hugo” and, by many, the greatest Portuguese social poet of his time.

Junqueiro was a law student at the University of Coimbra until 1873, when he began to show a talent for poetry. In 1874, he published “A Morte de D. João”, achieving a huge success and receiving praise from famous writers such as Camilo Castelo Branco and Joaquim Pedro de Oliveira Martins.

Throughout his life, he gained recognition not only nationally, but also internationally. Several writers expressed admiration for his writing, such as Eça de Queiroz, who considered him “the great poet of the Peninsula”, Fernando Pessoa, who classified Pátria as a work “superior to the Lusíadas” and Miguel de Unamuno, a Spanish writer, who considered “one of the greatest poets in the world”. Today, the Casa-Museu Guerra Junqueiro cultural center in Porto honors the memory of this famous writer.

“To be happy is to be strong. Force is a lever.”