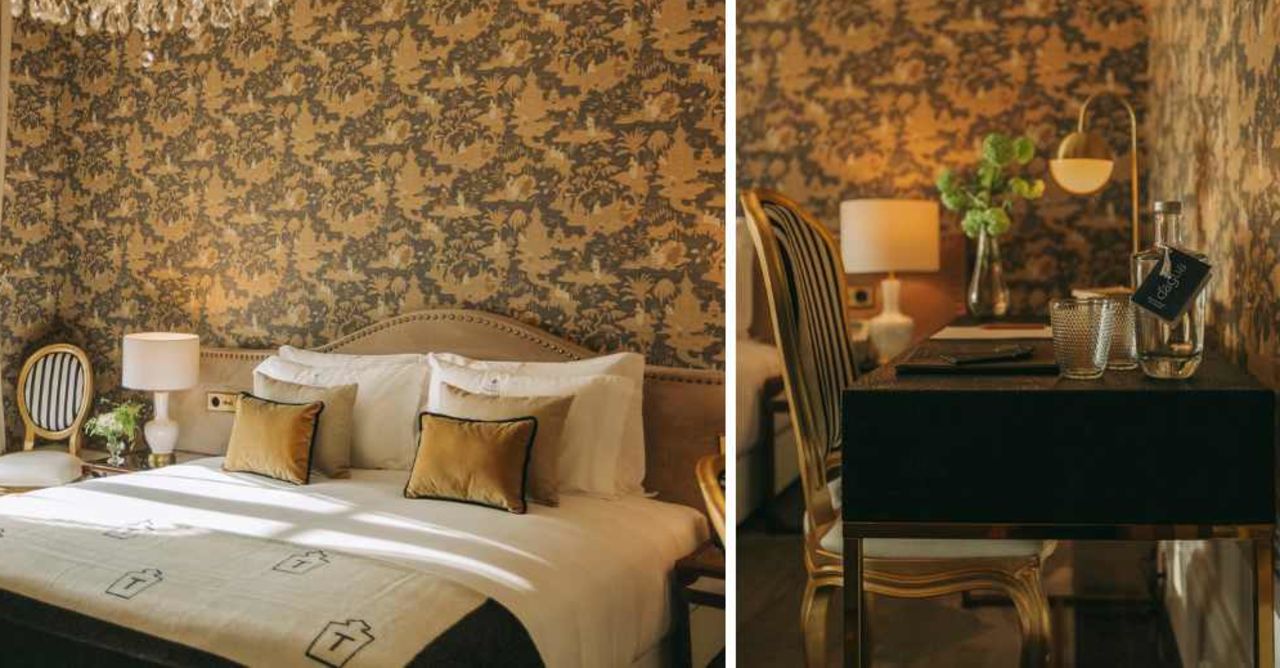 In our Torel Palace Porto, a boutique hotel in the center of Porto, we pay tribute to the poet José Régio in one of our Executive Superior hotel rooms. This room has a twin/double bed and a balcony.

On the top floor, the decoration of the room dedicated to this writer was made by the designer Isabel Sá Nogueira, and the portrait of José Régio signed by Jorge Curval.

The bathroom is covered in marble, and the wall opposite the bed is entirely covered with a mirror, one of the details of the room.

José Régio is considered one of the main creators of modern Portuguese literature, and the main precursor of the presence movement. His varied collection of works addresses, among others, the conflicts between Man and God, good and evil, the artist and society and the self and others.

“The Man is so paradoxical that he often does not forgive others for the harm he has done to them.” - O jogo da cabra cega, José Régio.