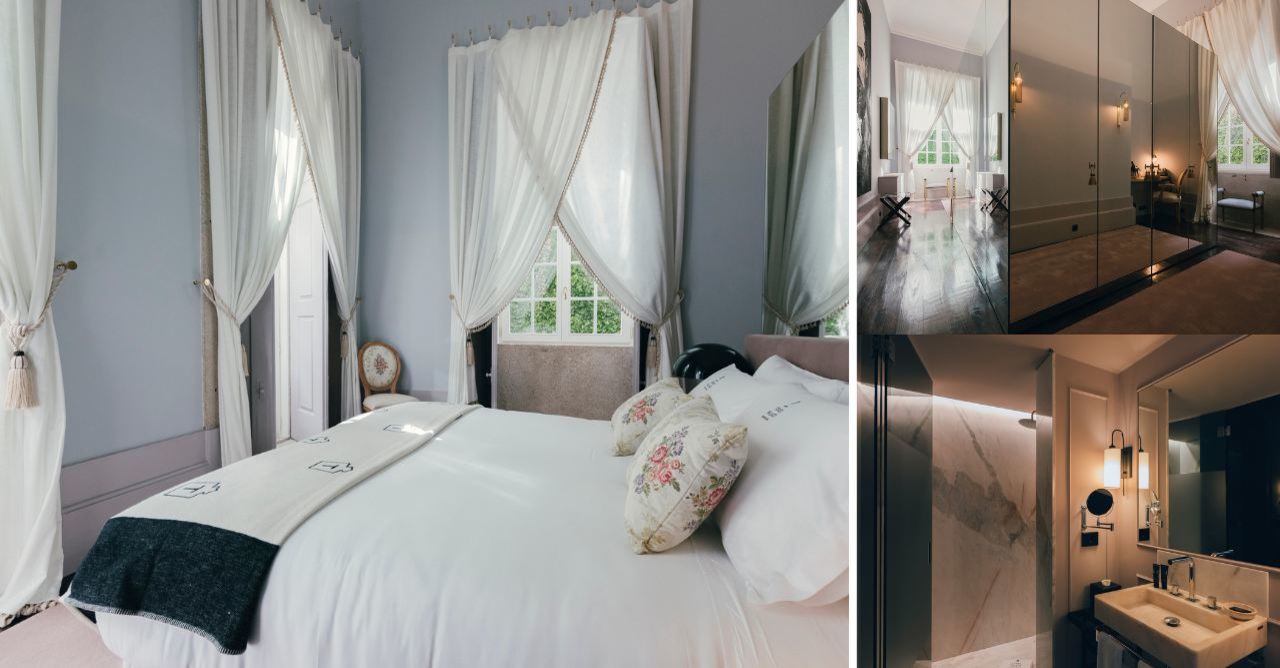 Júlio Diniz is praised in our Torel Palace Porto through one of our Suite Junior hotel rooms, overlooking the pool and a twin/double bed.

Based on the first floor, one of the most special features of this Suite in our Torel Palace Porto, a luxury hotel in the center of Porto, is the giant cube. This cube, placed in the center of the room, is fully lined with a mirror, and it is where the bathroom, decorated in marble is located,

The decoration of this Suite is signed by Isabel Sá Nogueira and Jorge Curval.

**An extraordinary room category in the most elegant and romantic hotel in Porto.

Joaquim Guilherme Gomes Coelho, better known by the pseudonym Júlio Diniz, was a Portuguese writer and physician. He is considered one of the most important Portuguese novelists and a major contributor to the creation of Modern Romance in Portugal.

Júlio Diniz graduated in Medicine, but his health deteriorated, preventing him from exercising his profession. He later became a university professor, but he devoted himself mainly to literature.

He died at just 31 years old, a victim of pulmonary tuberculosis, the same disease that had taken the lives of his mother and, later, his eight brothers. The writer can be considered as a transitional writer, standing between the end of Romanticism and the beginning of Realism.

“Kindness is a rich source, which tears at the touch of the slightest emotion.” – A morgadinha dos canavais- Júlio Diniz.