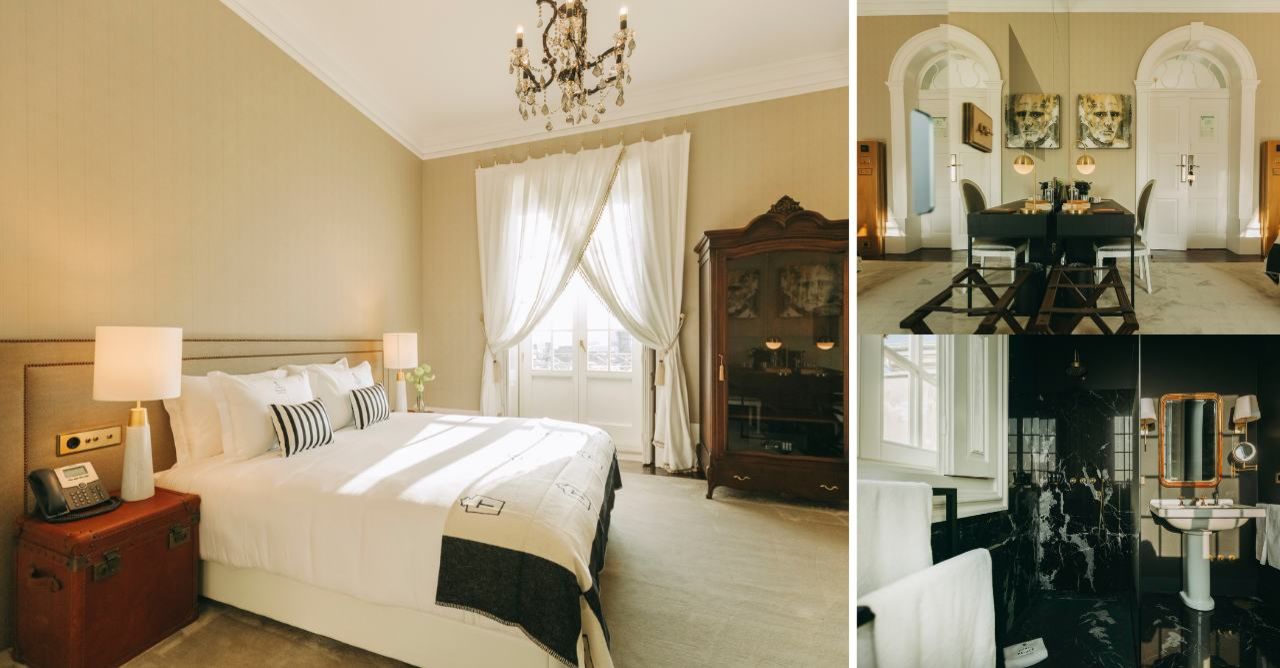 In our Torel Palace Porto, a boutique hotel in the center of Porto, we pay tribute to Mário Cesariny in one of our hotel rooms in the Classic Deluxe category, with a balcony and a double or twin bed.

On the top floor of our palace, this room was decorated by the designer Isabel Sá Nogueira, and the portrait of the writer was painted by Jorge Curval. Opposite the bed, the wall is entirely lined with a mirror, one of the room's distinctive features.

Due to his sexual orientation until the revolution of 25 April 1974, he was often harassed, harassed, and detained by the police for “suspected vagrancy”. Humour, irony and the use of absurdity and radical nonsense are hallmarks of Cesariny's writing.

In 2002, he won the Grande Prémio Vida Literária, in homage to his outstanding contribution to Portuguese literature.

“Love how the road begins.”