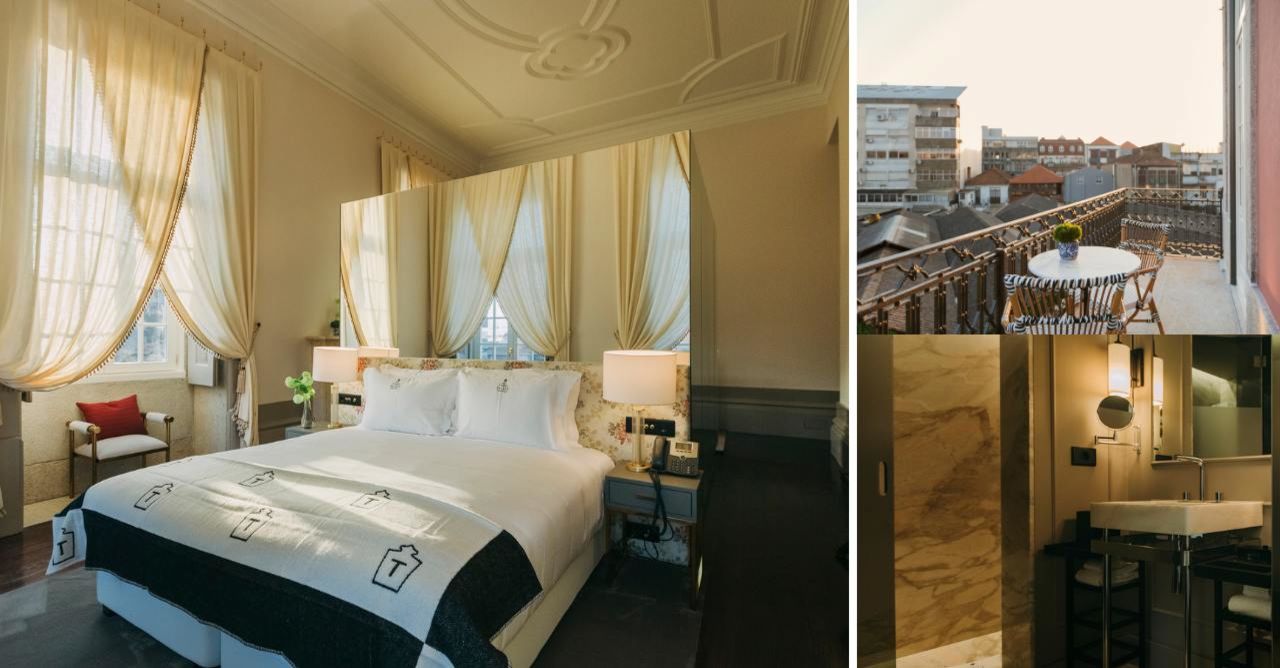 In our luxurious Torel Palace Porto, right in the center of Porto, we honor Mário de Sá-Carneiro with one of our Suite Junior hotel rooms, with a twin bed, balcony, and pool view.

This suite, decorated by the designer Isabel Sá Nogueira, stays on the penultimate floor.

One of the most peculiar features of this suite is the giant cube, based in the center of the room. This cube, where we can find the bathroom, is entirely lined with a mirror.

The portrait of the poet is audited by the painter Jorge Curval.

Mário de Sá-Carneiro was a Portuguese poet, short story writer and fiction writer, being one of the main representatives of Portuguese Modernism.

Orphaned by a mother at just two years old, Sá-Carneiro started writing poetry at the age of 12. He attended the law course in Coimbra and later in Paris, but dropped out of both, annoyed with the “extreme boring” of academic life.

The writer has always shown despair, loneliness and emotional instability, something that has been translated into his works. Sá-Carneiro met Fernando Pessoa in 1912, who was undoubtedly his best friend. Together, they founded the magazine Orpheu, in 1915. For the Portuguese press at the time, Sá-Carneiro was considered “crazy”.

In 1915, he began to write letters to Pessoa out of growing anguish, frustration, and discontent with life. A year later, Sá-Carneiro committed suicide at the age of 25, in Paris, using five vials of strychnine. In his hotel room, Sá-Carneiro left a set of letters for family and friends, along with a farewell note.

Up to the date of his death, Sá-Carneiro sent Fernando Pessoa more than 200 letters, including a “goodbye letter”, in which he reveals the reasons for ending his life. Pessoa dedicated several texts and poems to him throughout his life, considering him a “genius not only of art but also of its innovation”. The building where Sá-Carneiro lost his life is marked with a plaque in memory of the writer. Despite his short life, his works influenced several writers, among them Eugénio de Andrade.

“That madness, deep down, is like so many others, a matter of the majority.” – Loucura…, Mário Sá-Carneiro.