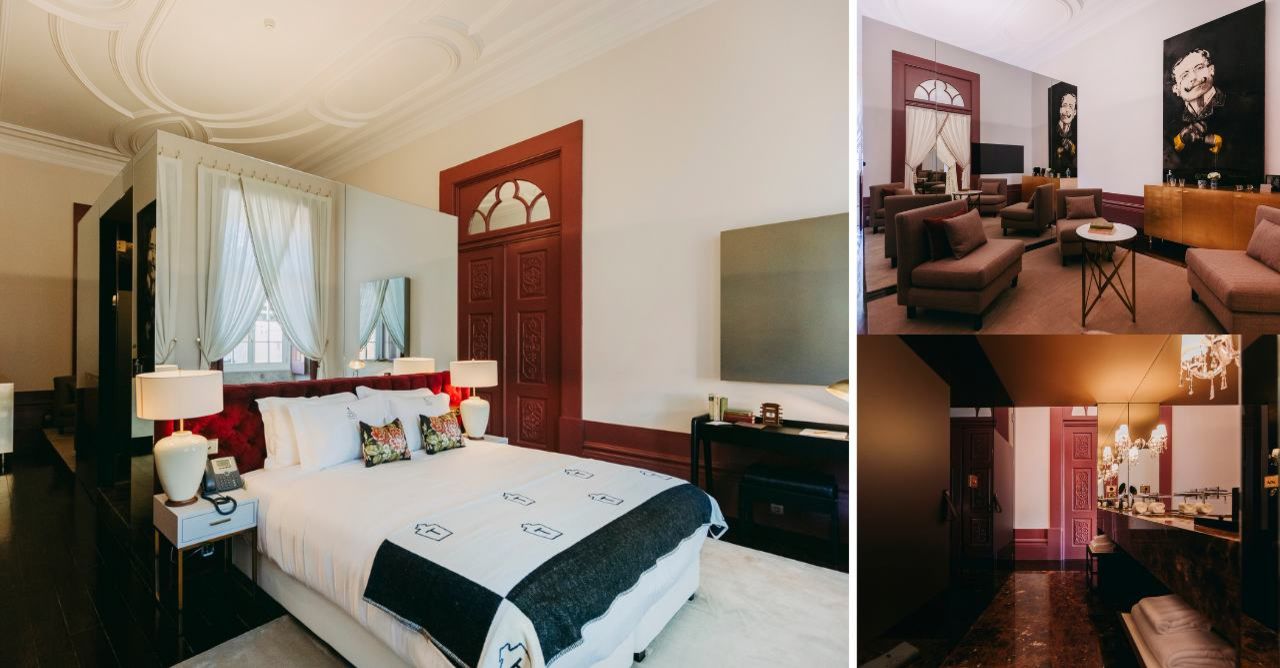 Ramalho Ortigão is prestigious in our Torel Palace Porto, a luxury boutique hotel in the center of Porto, with one of the best hotel rooms: the Suite Superior Ramalho Ortigão. The Suite has a double bed and a view to the city.

The room was decorated by designer Isabel Sá Nogueira, with the portrait of the author painted by Jorge Curval.

Based on the third and penultimate floor, it is one of the most spacious rooms/suites in our mansion.

The giant cube, all mirrored and decorated in dark marble, found in the bedroom contains the bathroom.

As a teenager, he read Viagens na minha terra, by Almeida Garrett, a work that impressed him so much that it inspired him to become a writer. He was a French teacher at Colégio da Lapa, where he had as a student Eça de Queiroz, a future friend and partner in literary works.

Ramalho Ortigão had an enormous taste for travel, having visited countries such as England, France, Holland and Italy, and each trip was an inspiration for his works. However, his attachment to his homeland continued to show in his writing. Ortigão reflects a desire for national progress, including the reaffirmation of Portuguese culture, in contrast to his experiences abroad.

“The most effective way to be useful to your country is to educate your child.” – As farpas, Ramalho Ortigão.