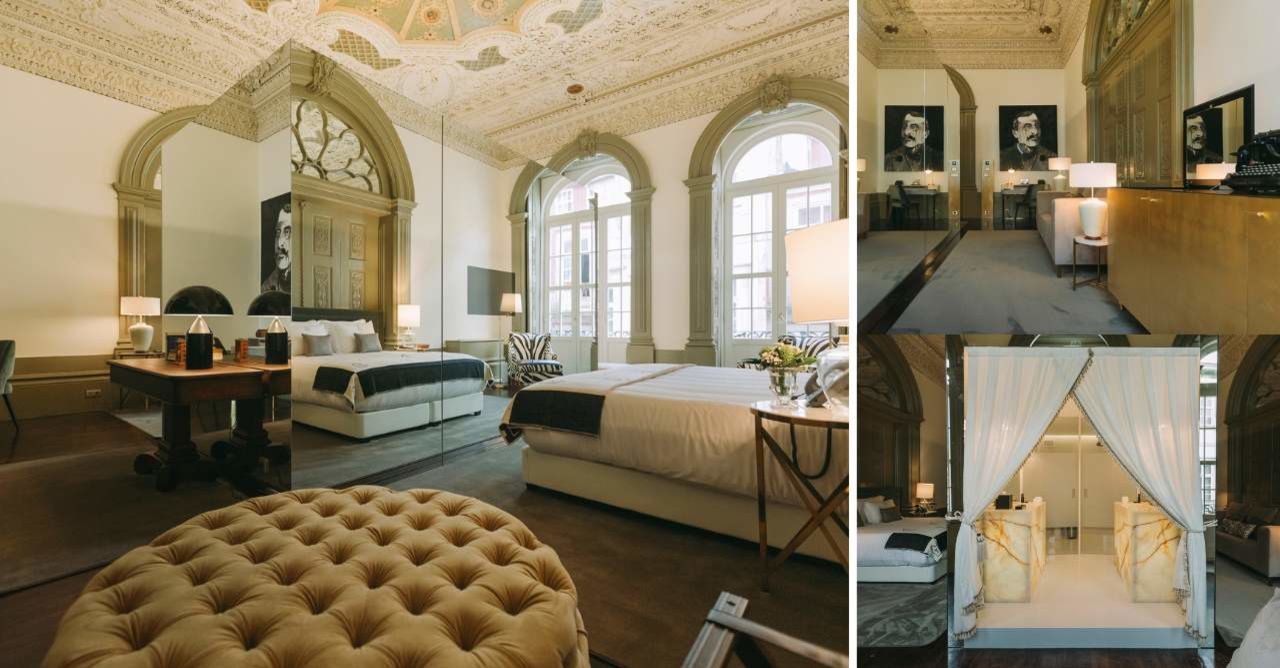 We honor Eça de Queiroz with one of our hotel rooms in the Suite Royal category, which has a view to the city, a balcony and a double/ twin bed.

The room was decorated by the designer Isabel Sá Nogueira, with the portrait of the author painted by Jorge Curval.

Based on the second floor, this suite is part of our best and most spacious room category, with impressive stucco work on the ceiling.

The giant cube, entirely covered in mirror, is another peculiar feature of this suite in our Torel Palace Porto, a luxury hotel in the center of Porto. In the middle of the room, this is where the bathroom is, decorated in marble.

* Our best room category in the most elegant and romantic hotel in Porto.

See our other rooms in the Suite Royal category: Fernando Pessoa.

José Maria Eça de Queirós, known as Eça de Queiroz, was one of the most important Portuguese writers, and the first and best-known Portuguese realist writer.

Considered one of the greatest novelists in Portuguese literature, Eça de Queiroz was also the only novelist of his time to achieve international fame. His experience abroad offered him a critical distance and the inspiration for most of his works, which in turn criticize Portuguese society. Also, the fact that he was born to a single mother, making him an illegitimate child until he was 40 years old, may explain why many of his characters are dishonest and adulterous women.

“But what the city deteriorates most in man is intelligence, because either it rallies him into banality or pushes him towards extravagance (...).” - The City and the mountains, Eça de Queiroz 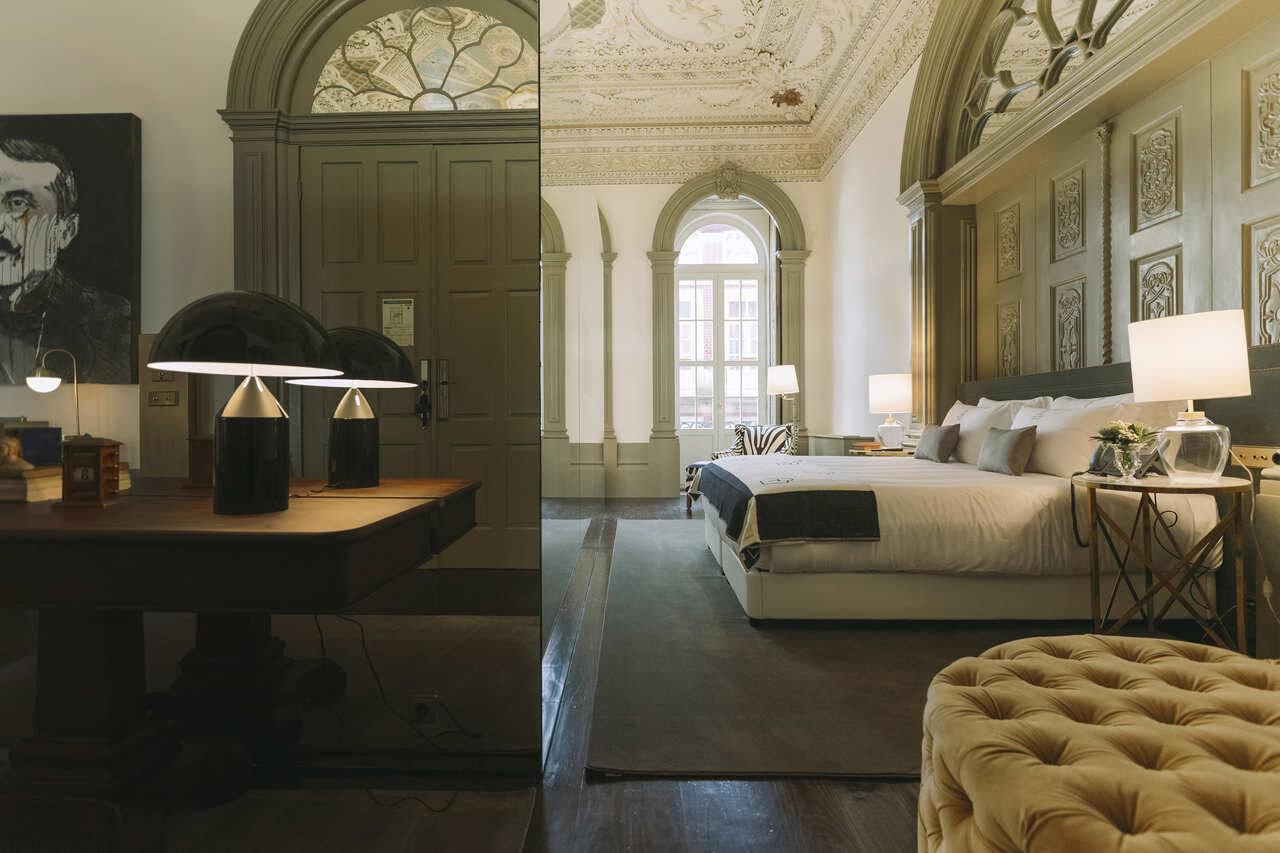 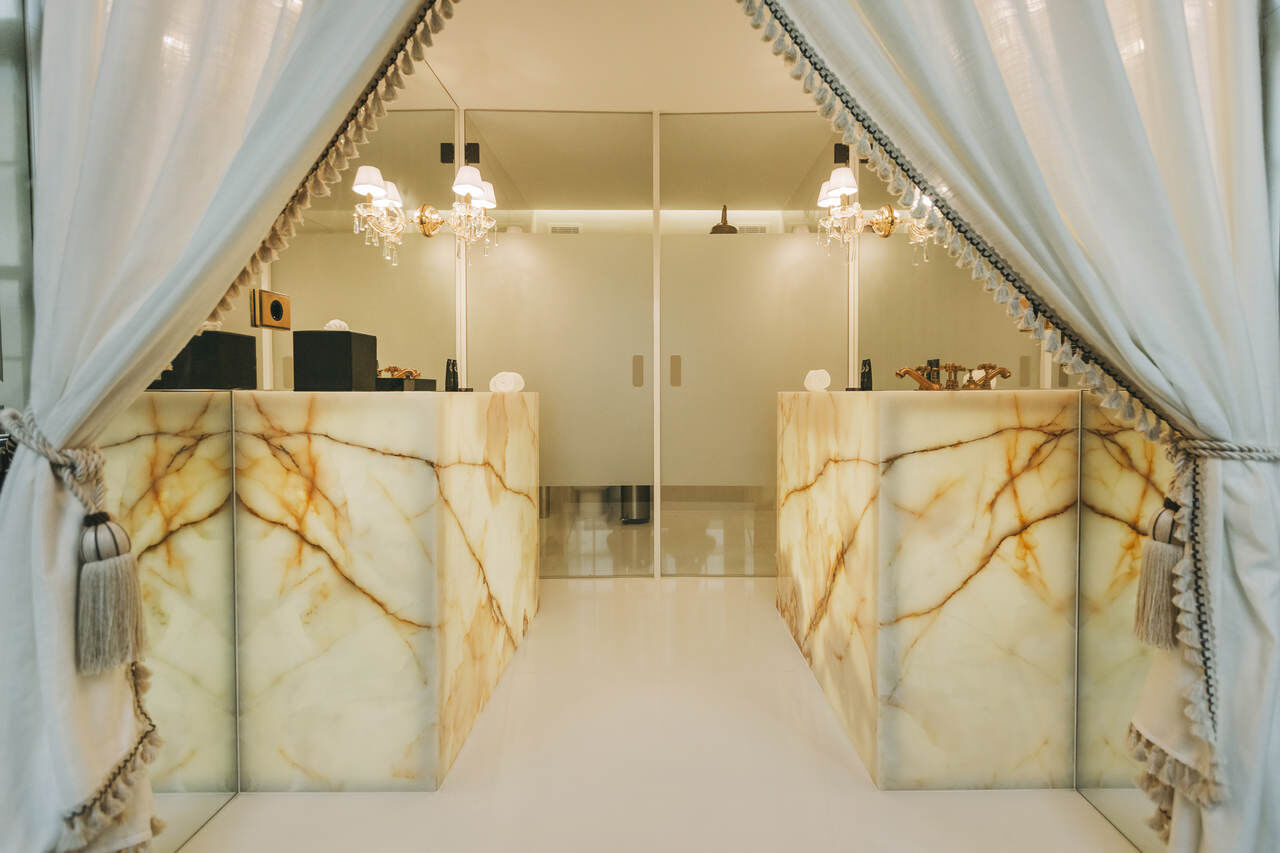 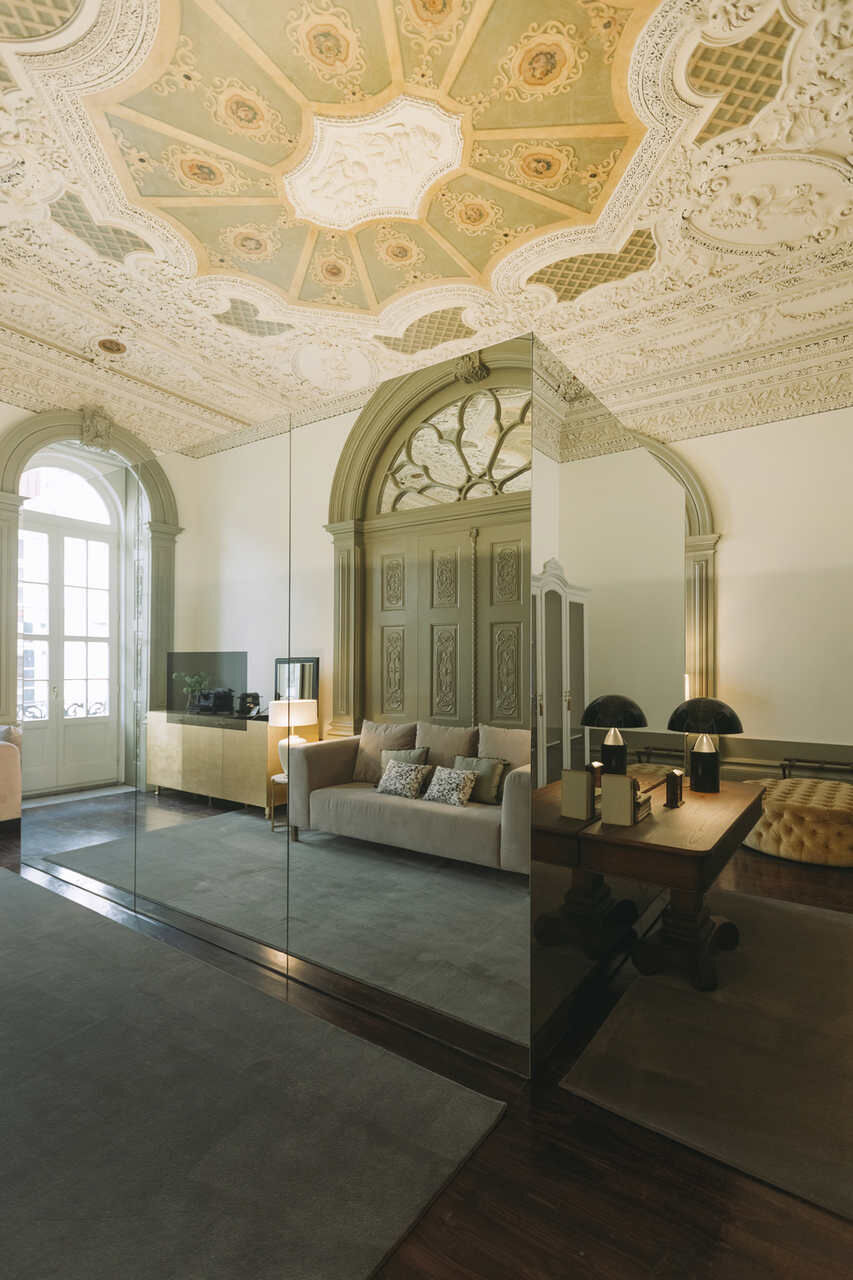 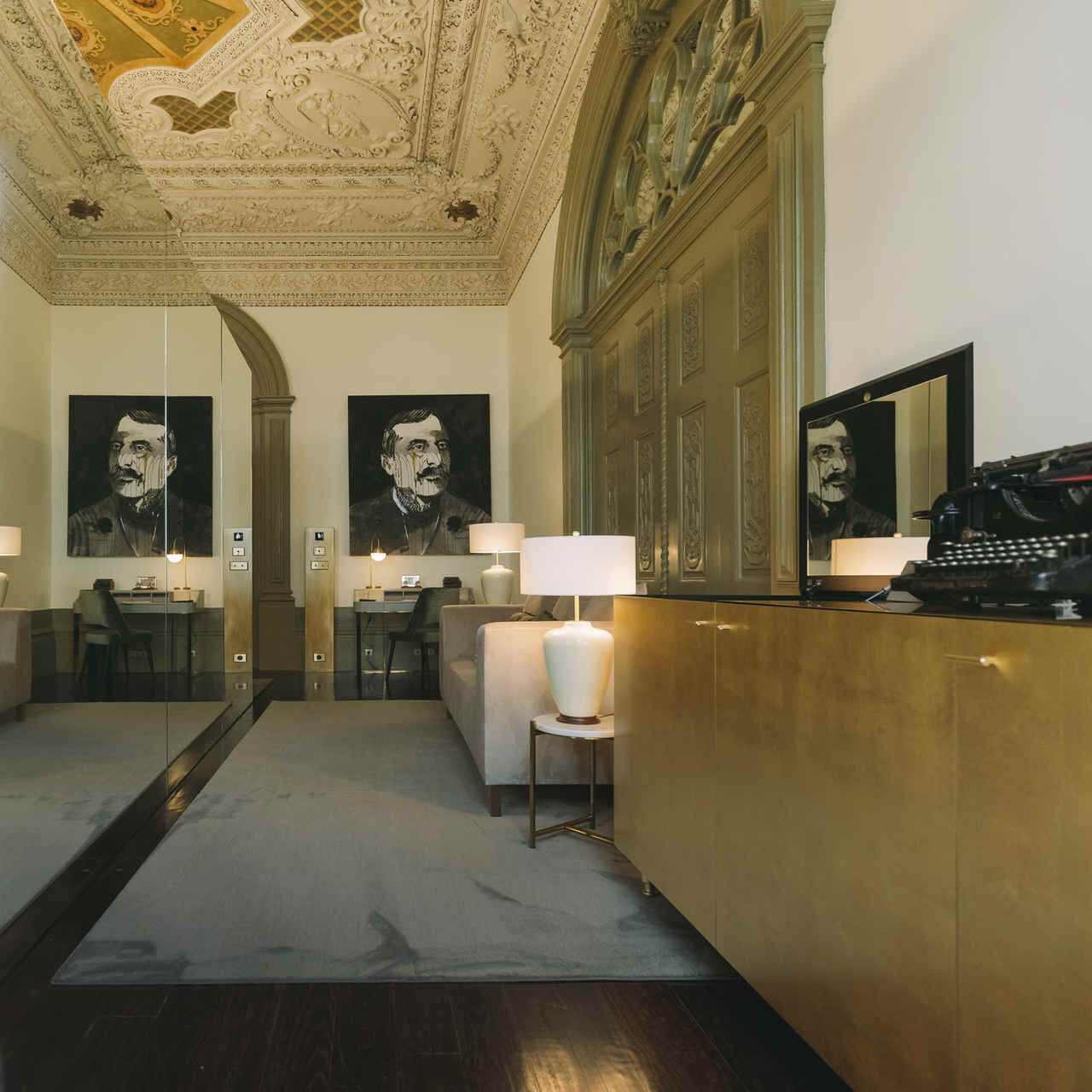