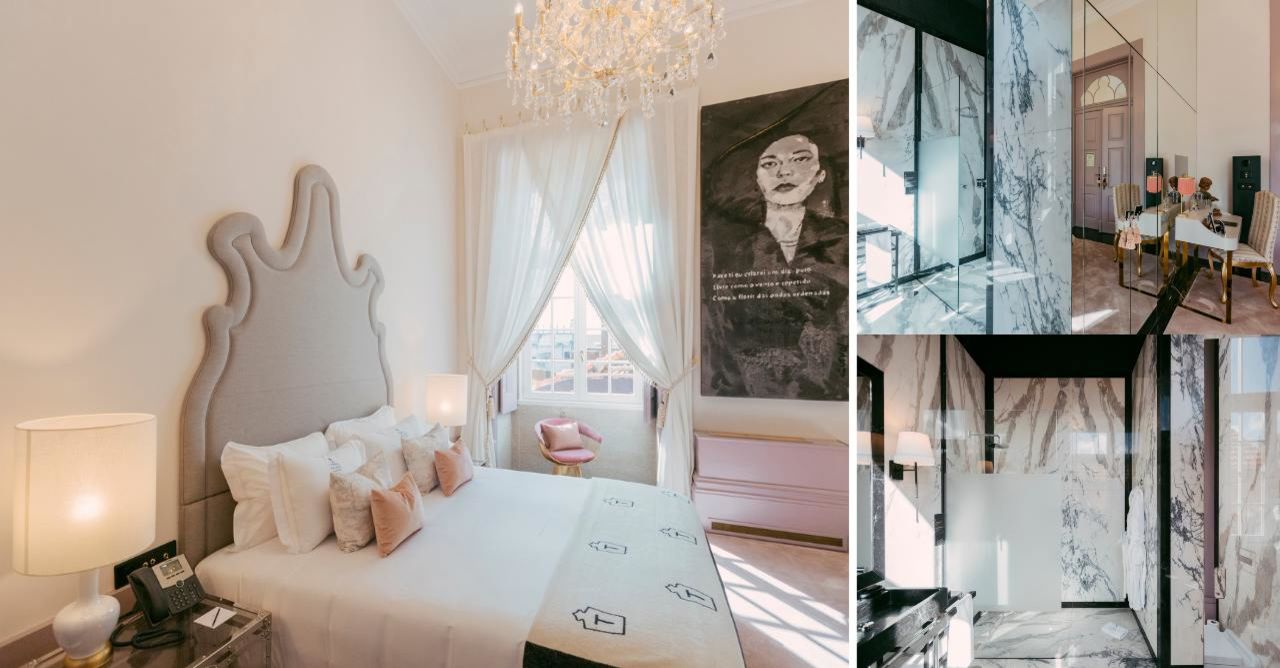 In our Torel Palace Porto, a boutique hotel in the center of Porto, we pay tribute to Sophia de Mello Breyner in one of our Classic category hotel rooms, with a double/twin bed.

On the third and penultimate floor, this room was decorated by Isabel Sá Nogueira – our architecture designer.

Together with Florbela Espanca's room, the room was ornamented in pink, a soft and elegant color alluding to Portuguese female writers.

The outside area of ​​the bathroom and opposite the bed is entirely lined with a mirror.

The portrait of the writer was created by the painter Jorge Curval.

The poet mainly addresses the themes of childhood, youth, Nature, and the Sea. Since 2005, poems related to the Sea have been placed in the Lisbon Oceanarium, for reading in the exhibition's rest areas. Still in Lisbon, as a tribute to Sophia de Mello Breyner, the former Miradouro da Graça was named after her. Also, in the Botanical Garden of Porto, a bust of the writer was placed in her honor.

In addition to being a poet, Sophia de Mello Breyner stood out mainly as an author of children's books. It was the writer's five children who motivated her to write in this genre.

Some of her main works: