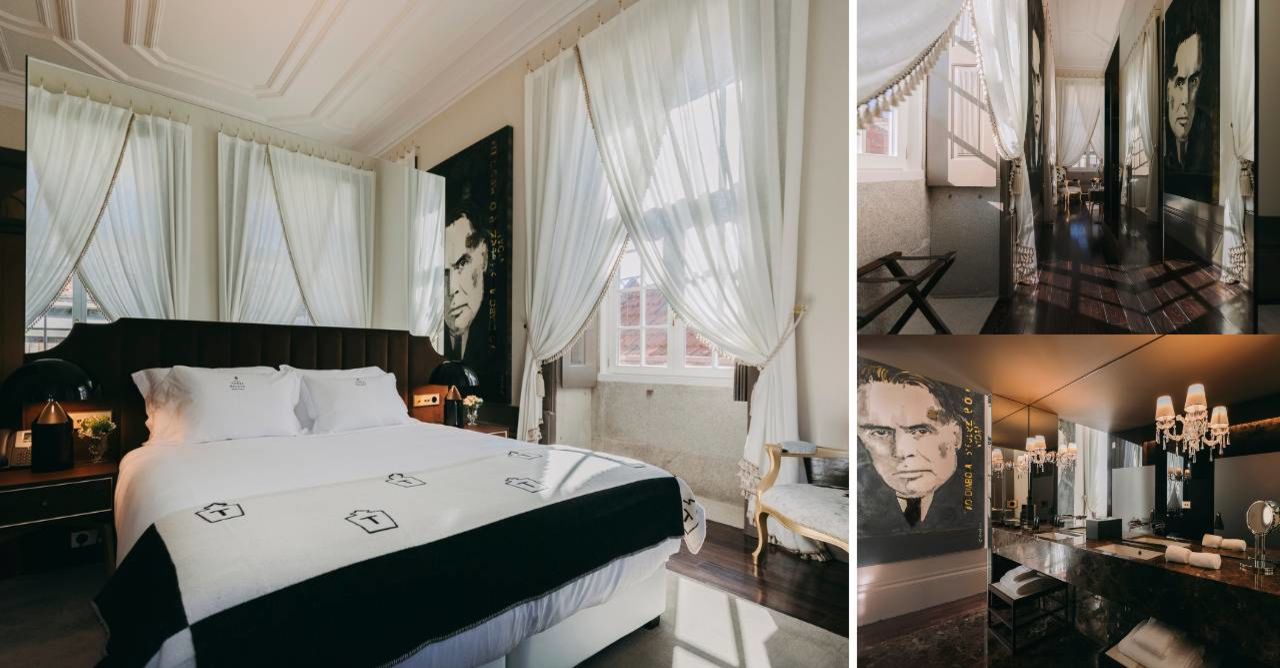 We celebrate Aquilino Ribeiro in our luxury boutique hotel, in the center of Porto.

In our Torel Palace Porto, we booked this author a hotel room in the Executive Deluxe category, with a twin bed and city view.

The room, decorated by the designer Isabel Sá Nogueira, is a spacious room based on the third floor.

The portrait of the author is a creation of Jorge Curval.

The marble-decorated bathroom goes unnoticed, despite being in the middle of the room inside a giant cube, completely lined with a mirror.

See our other rooms in the Executive Deluxe category: Almeida Garrett.

Aquilino Gomes Ribeiro was a Portuguese writer, considered one of the most versatile Portuguese novelists. The writer covered range from the novel to the short story, to ethnographic and historical studies, to biography, children's literature, and controversial journalism.

Aquilino joined the republican movement, having been arrested and fled the country more than once, to France and Germany. It was when he fled to Paris that he wrote his first book, Jardim das Tormentas. His lifelong motto was “Achieve those who don't get tired”.

In 1956, he was elected the first president of the Portuguese Association of Writers.

In 1963, as he was preparing to be honored at the national level, he died suddenly. Today, he is buried in the National Pantheon, in Lisbon, decided by the Assembly of the Republic as a way of honoring his memory. “I couldn't anymore”, was the epitaph chosen by the writer.

Due to the use of popular expressions and less (or not at all) current expressions, Aquilino's language was considered challenging. Therefore, the Aquilinian Studies Center created an Aquilinian Glossary to facilitate the reading of its works.

“When I started to make a name for myself in the world, my nobles, the sow of life was another drug.”- Os malhadinhas, Aquilino Ribeiro.