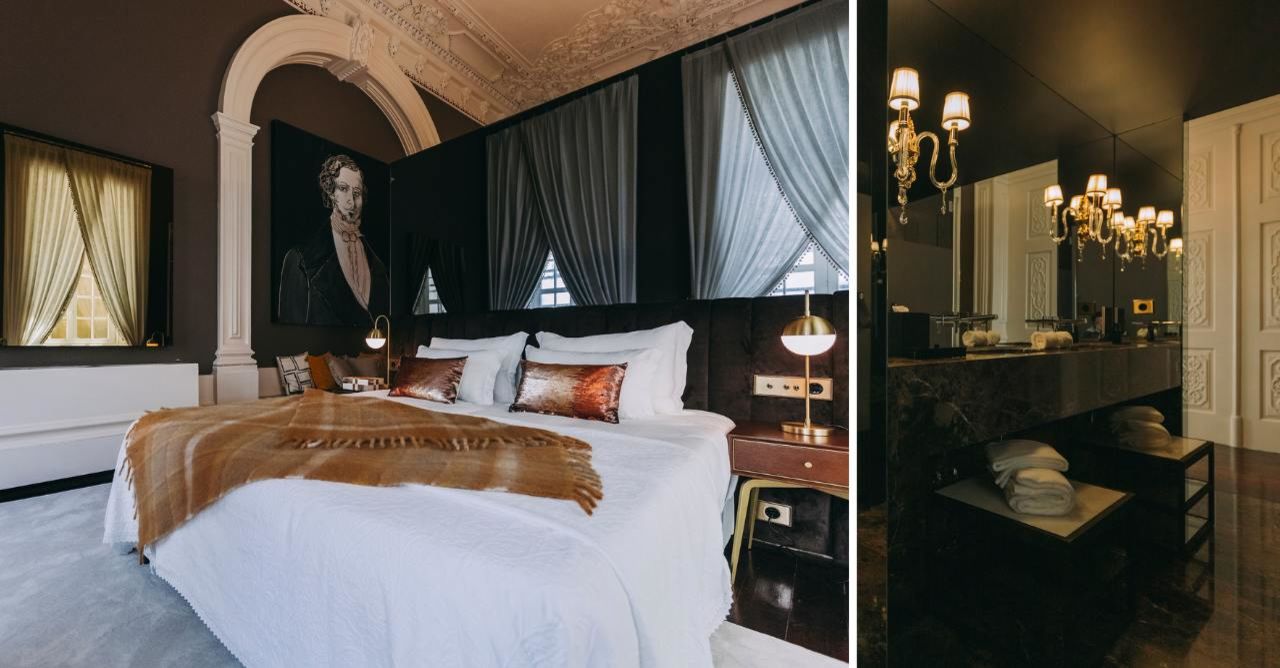 We honor Almeida Garrett with one of our Executive Deluxe hotel rooms, with view to the city and a balcony.

This room in our Torel Palace Porto, a luxury hotel in the center of Porto, has a twin bed and it was decorated by the designer Isabel de Sá Nogueira.

Based on the second floor, it is a spacious room with exceptional stucco work on the ceiling. Here, you can find a carved bust of Almeida Garrett, one of the original features of Palacete Campos Navarro preserved in the construction of our hotel.

The giant cube in the middle of the room is the bathroom, entirely lined with a mirror.

Almeida Garrett's portrait was painted by Jorge Curval – a remarkable artist from the north of Portugal.

See our other rooms in the Executive Deluxe category: Aquilino Ribeiro.

João Batista da Silva Leitão de Almeida Garrett was a Portuguese legislator, poet and writer. Garrett played an important role as the initiator of Romanticism in Portugal and as a promoter of Portuguese Romantic Theatre.

Almeida Garrett is considered by many authors as the most complete Portuguese writer of the 19th century. His works essentially explore the themes of love and romance, a reflection of his troubled personal and romantic life.

However, Garrett also developed a political career in the period of the liberal wars, having been minister and peer of the kingdom and receiving the noble title of Viscount. During this period, he was forced to seek exile, where he met other authors from the United Kingdom and France who later had a strong influence on his works.